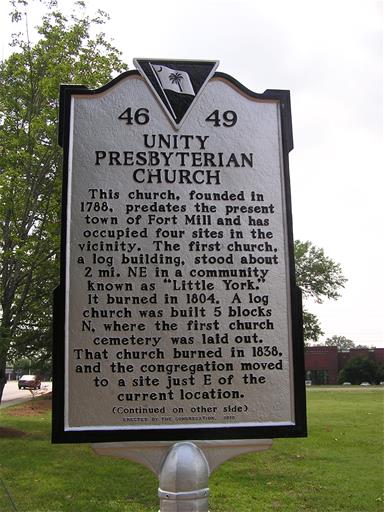 Unity Presbyterian Church was founded in 1788, with its first service held on March 18, 1788 and it has been a central part of Fort Mill, SC, ever since. The church’s name tells much about its history. In England and Scotland in 1788, there was strong emphasis attached to the House from which one was descended. There were the Houses of York and Lancaster and each was represented among the Fort Mill settlers. In the old country there was constant competition between these two Houses for supremacy, a fact which led to bitter feelings. The consensus was that the bickering between these two factions should not continue in the new homeland. The Rev. Joseph McRea, pastor of Steele Creek Presbyterian Church in Mecklenburg County , and the wise members of the congregation were determined that former animosities would not come into the new church that bitterness would be laid aside and all would be united under the banner of Christ. The name Unity was selected overwhelmingly.

From 1788 to 1793, the pulpit of this new church was filled by the Rev. McRea and a number of lay ministers. Then in 1793, the church called its first fulltime minister, the Rev. Bryce Miller. The first sanctuary was a log structure located on a high hill overlooking Steele Creek. The church burned in 1804. A new church was built one mile southwest of the first church, and in 1805 another log sanctuary was built. This second church building was erected during the ministry of the Rev. Humphrey Hunter.

In 1838, a third church was built closer to the current intersection of Tom Hall, Bank and Steele Streets due to a desire by the congregation to be closer to Fort Mill’s growing activity. The church was a frame, clapboard structure with a steeple and belfry. A cemetery was started behind the church and has since been known as Unity Cemetery. This church was erected during the pastorate of the Rev. P.E. Bishop and was completed in 1838. Some 10 ministers served as pastors during the 42 years that Unity occupied the third building. Until the arrival of Dr. J.B. Mack as pastor in 1876, the church had no bell. Shortly after Dr. Mack became pastor an order was placed for a bell, and it was hung in the belfry in 1877. Fire swept through this building in 1880 destroying virtually all valuable items therein. The heavy bell fell to the ground from the belfry as the building was consumed. It hangs in the belfry of our church today. In addition, the little chest that sits in the vestibule today was one of the items saved. 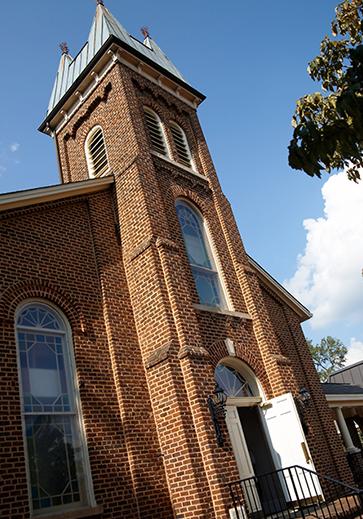 Mindful that two of the previous three church building had been destroyed by fire, the congregation was wary of erecting another wooden building. Brick was chosen and construction began early in the spring of 1881. By autumn, the building was completed and the first service was held. It is believed this service was held late in October of 1881. The Rev. F. L. Leeper was pastor. While the Rev. A.W. Shaw was pastor, an educational building on the left rear of the church, including the fellowship hall, was built in 1938. The next building program took place in 1957 during the pastorate of the Rev. J.E. Wayland. The educational building was completed with the addition of the wing on the right rear of the sanctuary. A restoration and refurbishing program came in 1977-78 during the pastorate of Dr. R.E. Watkins, Jr. Among the changes were the remodeling of the entrance, installation of an outside entrance to the balcony, enlarging the balcony to twice its original capacity, installation of new chandeliers and carpet, new pews for the balcony and complete repainting, giving todays appearance.

From “A History of Unity Presbyterian Church”, researched and written by William R. Bradford, Jr.

United in Christ’s Love – A Journey to Faithfulness 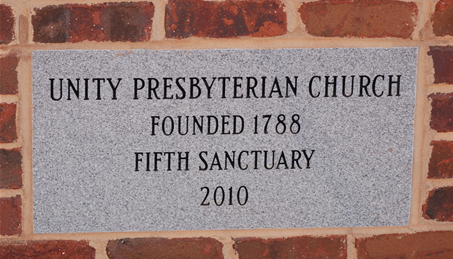 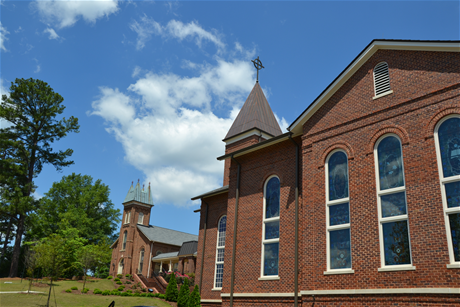 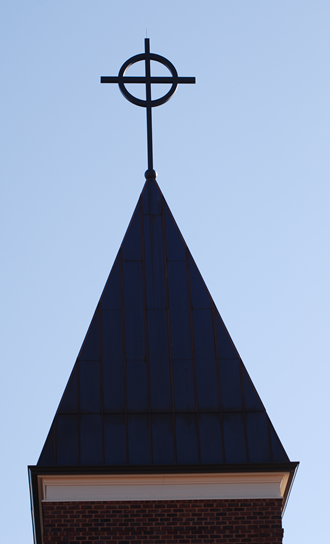